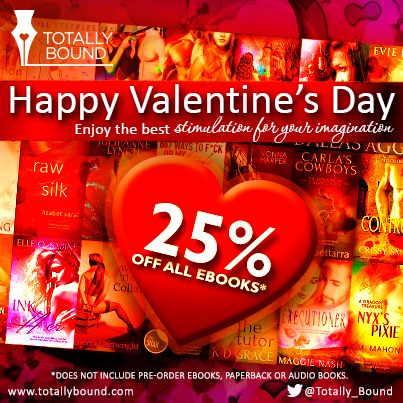 Here’s an awesome deal for you especially for Valentine’s week – 25% off all eBooks at Totally Bound Publishing and Pride Publishing, which includes quite a lot of mine! Check out the links below to bag yourself some awesome bargains:

My Book Page at Pride Publishing

According to the publisher, this deal ends on Friday, so don’t delay! 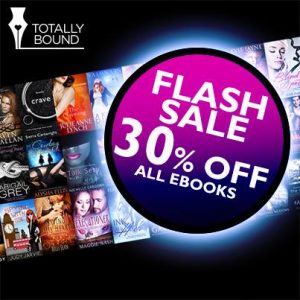 Just a quick note to let you know that for this weekend only, there is a whopping 30% off all eBooks at Totally Bound and Pride Publishing. So if you’d like to load your eReader with some bargain reads, look no further. My pages at each of the sites are below:

Magic has never been as sexy or as fun. In New Orleans’ French Quarter From Crud to Stud is the makeover service for supernatural beings who want to tame their beasts so they can date mortal babes. Owned by a half-witch and staffed by a good fairy, a reformed female demon, and a voodoo priestess—among others—the place is always hopping. There’s moonlight therapy for weres, aversion therapy to keep vamps from sinking their fangs in anyone’s neck, and no end of spells, potions, and treatments. These ladies definitely put the boys through their paces. But it’s not all work as they search for their one true love. Their journeys aren’t easy, but they’re definitely magical. 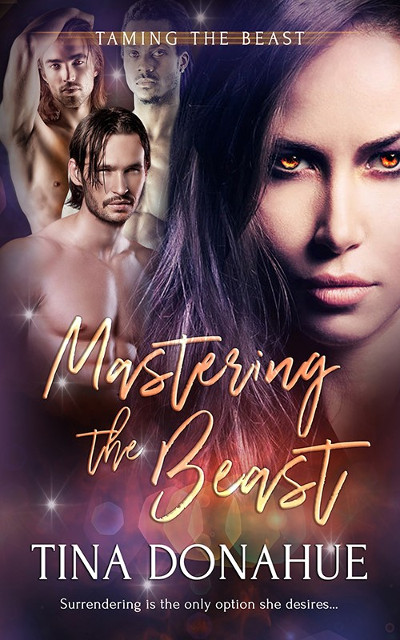 Surrendering is the only option she desires…

No one believes that under the tough attitude and schoolgirl fashion sense, reformed demon Zoe burns for a man, love and sex. She keeps those urges on ice and well hidden. She sold her soul for a guy once, and all it got her was a one-way ticket to Hell.

Her job, keeping supernatural creatures in line at From Crud to Stud, is all work and no play. Until she’s saddled with a trio of new enforcers who ooze so much sexual heat she’s afraid to be on the same planet with them.

Stefin, Anatol, and Taro try to contain their laughter as their adorable new boss tries to lay down the law. Apparently, no one told her they don’t take orders. They give them. And they’re determined to smooth her rough edges and tame her beast with acts so wanton they’ll make her scream—for more.

Talk about all hell breaking loose. Surrender won’t come easily, but given their devilish charm and her aching need, her journey to submission is one done deal.

Contains an unholy trio of demons who don’t like to take turns. Break room…snacking. After-hours…training sessions. In other words, a sensual ride on the pleasure express. Features m/f/m/m sex in every flavor except vanilla. Bring. It. On.

Footfalls rang in the hall.

Three guys strode into Becca’s office, their movements fluid and assured. Each looked thirty or so, in mortal years, and had dressed in black, their shirts silk, their boots and pants elegant, like bouncers wear at an elite club.

No one was dancing in here, especially Zoe.

A faint sulfur scent emanated from the unholy trio. Flames flared briefly in their eyes.

She froze, too stunned to move or speak.

The guy in the middle was easily six-three and nicely muscular, his blond hair shoulder-length. His rough good looks, bronze complexion and stubble put the va-va-voom in virile. Sin filled his light gray eyes, his mood dangerous and predatory.

Disquiet and lust rolled through Zoe. Her legs went watery.

The guy on the right proved equally tall and powerfully built. Beautiful, he had rich-chocolate skin, dark eyes and long hair worn in dreadlocks.

Those babies would feel awesome gliding across her naked boobs and thighs—until he screwed her over like every other male had done.

She steeled herself against his allure.

A freaking dimple dented his right cheek, his grin an unusual combination of boyish mischief and raw sensuality.

Hot didn’t begin to describe the last guy’s masculine features, deep-blue eyes and thick auburn hair. Those wavy locks trailed past his ears and curled on his neck. His stubble called to everything female within Zoe, as did his height, big body and the assured way he regarded her.

The guys’ enticing sulfur odor enhanced their musky scents, making the mixture wanton and unashamed. Their impressive cocks pushed against their flies.

She bet each of their rods jutted from blond, black or auburn curls.

“Guys.” Becca lifted her reddish eyebrows. “This is Zoe.”

The introduction seemed to come from far away, Becca’s voice muted by the ringing in Zoe’s ears. She tried to respond but only managed an odd noise, part grunt, mostly a groan.

Becca edged closer. “Zoe, this is Anatol.” She gestured to the black hunk with the dimple. “Stefin.” The blond god in the middle winked again. “And Taro.” The blue-eyed hottie regarded her intensely. “They’re our new enforcers.”

Each looked in charge already, their stances saying they wouldn’t budge one damn inch for anyone, especially a female demon.

Becca offered a nervous smile. “You’ll be working with them from now on.”

Working with or for, as in taking orders, yearning helplessly then losing out as she had with the last man in her life? 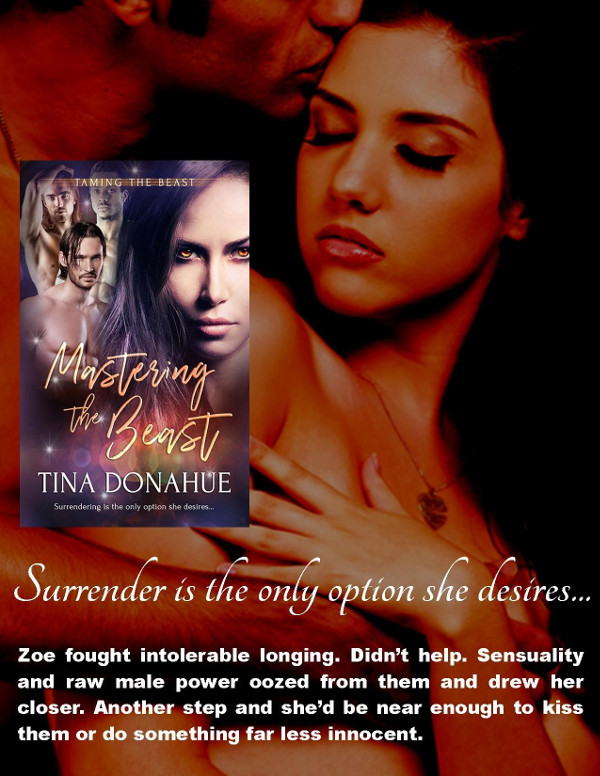 Get 25% Off Selected eBooks at Pride and Totally Bound Publishing for Valentine’s Day! 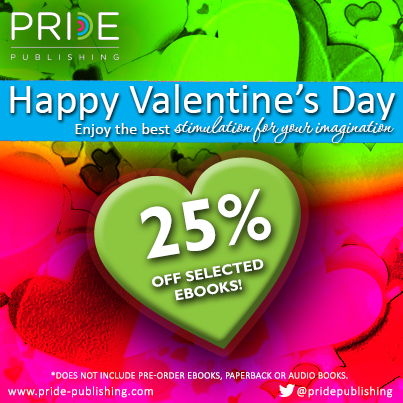 To celebrate this mushy time of year, Pride Publishing and Totally Bound Publishing are offering 25% off selected eBooks from 13th – 18th February. That includes several of mine, which you can check out at the links below: 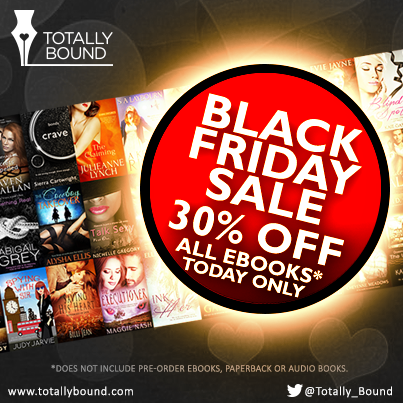 Just a quick note to let you know that for Black Friday, Totally Bound and Pride Publishing are having a sale – a whopping 30% off eBooks for one day only! Grab my books at a discount – links below:

Happy Reading – and don’t forget to leave me a review 😉 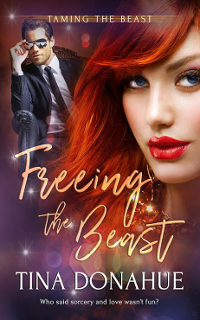 Book one in the Taming the Beast series

For Becca Salt being a witch isn’t all magic. Too curvy and lonely, she spends her nights running a makeover service for demons, vamps, weres and zombies who want to project a more human, normal side. Their goal? To get the babes without the authorities hunting them down like rabid dogs. Once Becca suppresses the worst of their beast, they’re on the hunt and gone.

Dating has been a definite bitch for Eric Diletto. Although he’s hot and hung, he’s also one of Cupid’s descendants—a god born to believe in courtship, courtesy and all that other junk. Tired of women dumping him for the bad boys, Eric hires Becca to release his inner beast. Grrrr.

Two potions later, they’re crawling all over each other. With Eric’s newfound dominance, he’s definitely the man. And the god, who intends to take Becca here, there and everywhere. Who said sorcery and love wasn’t fun?

Warning—a witchdoctor’s nightmare. Contains potions with weird side effects, a sorceress with limited magical skills and a yearning heart, plus a minor god who wants to get down and dirty. Bad, bad boy.

She fingered her top. “What are you?” He wasn’t a demon or a vamp. However, a were or other shifter wasn’t implausible. “Exactly what?”

He’d pronounced his last name ultra slow, as though that should mean something to her.

“No, it’s not. I haven’t always gone by Eric. I changed my first name when I was twelve. Got tired of having to fight the other kids, you know?”

Becca did. She’d had her own scuffles when anyone had dared call her fat. Compassion and tenderness for him mingled with her building lust. “Tell me your real first name. Please.”

He sagged to the sofa. “You’ll laugh.”

“Never.” She hurried around her desk.

He leaned away from her.

Becca stopped. No way did she want him to feel more unglued than he already was or to make a fool of herself by being too forward. “I don’t make fun. I don’t bully. I had enough of that when I was a child to know how much it hurts.”

He nodded sympathetically. “The other kids made fun of your hair, huh?”

“No.” She curled her upper lip. “There’s something wrong with my hair?”

He held up his hands in appeasement. “Not at all. I really like the color and the way you wear it.” He gestured to his own head to demonstrate her bob and bangs. “It’s great.”

Sure, and Santa Claus is a card-carrying Communist. “The other kids made fun of my weight.” There, she’d said it. Little need to pretend there wasn’t a four-ton elephant in the room.

“Really?” He took her in, loitering on her ample cleavage and curvy hips. “I don’t see how. You’re perfect. Most women today are too skinny.”

Honesty shone on his face.

Becca liked that and what he’d said. “What’s your real first name?”

He lay on the sofa, arm draped over his eyes. He looked like a patient unwilling to confess his innermost thoughts to a shrink.

“Come on.” She used her gentlest tone. “We can’t help you if you don’t tell us what the problem is. It can’t be that bad.” 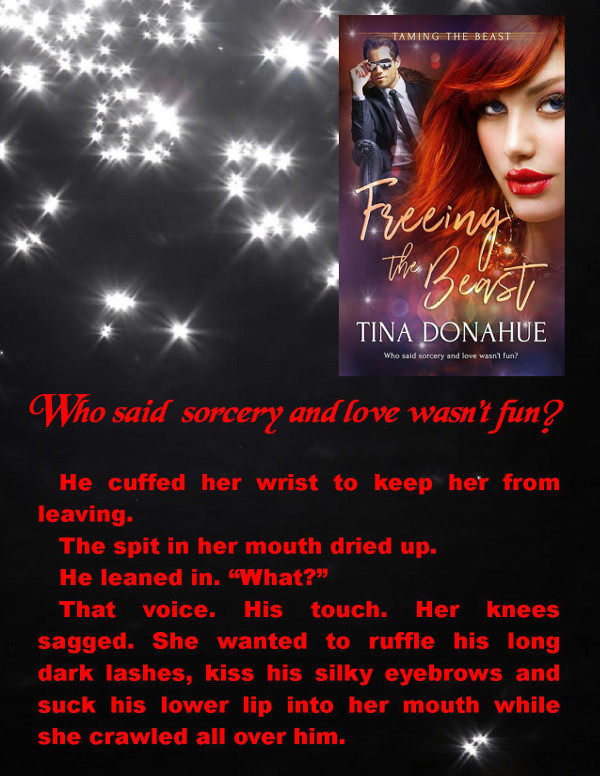 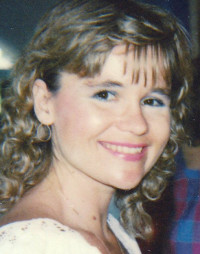