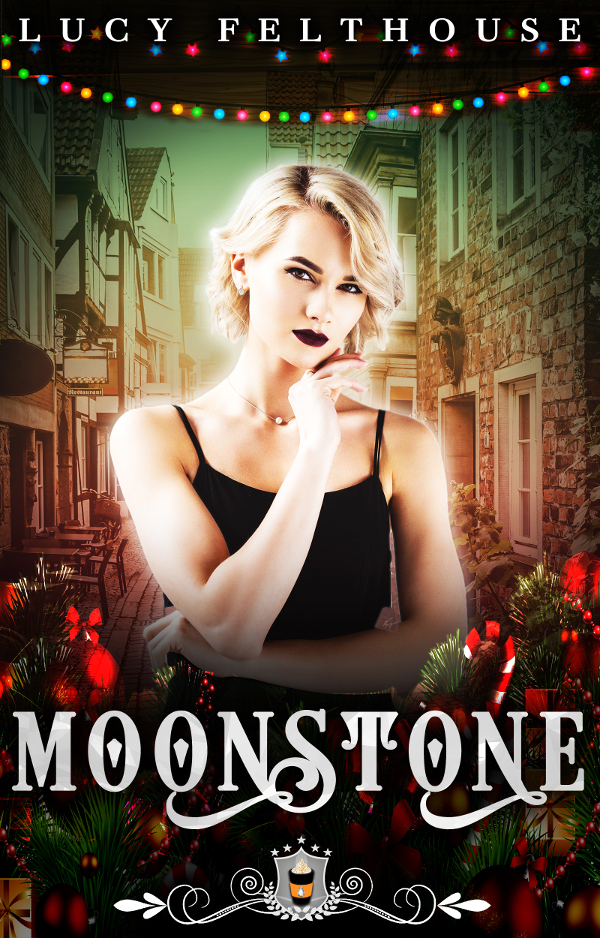 I’m delighted to announce that my contemporary reverse harem romance novella, Moonstone, is now available for pre-order! This is a standalone Christmas romance, set in the fictional town of Silver Springs, in the US. I’m still working on it, so I don’t yet have a finalised blurb, but those of you who’ve read my books before know you can expect some serious steam, humour, and fun. And, on this occasion, I can tell you to expect snow!

Moonstone is due for release on 23rd December, and will also be available in Kindle Unlimited.

The other books in the series are also available for pre-order, so please do hit Amazon and check them out, too. Each book is a standalone, but our characters may cross over into other books. So fun! 😉 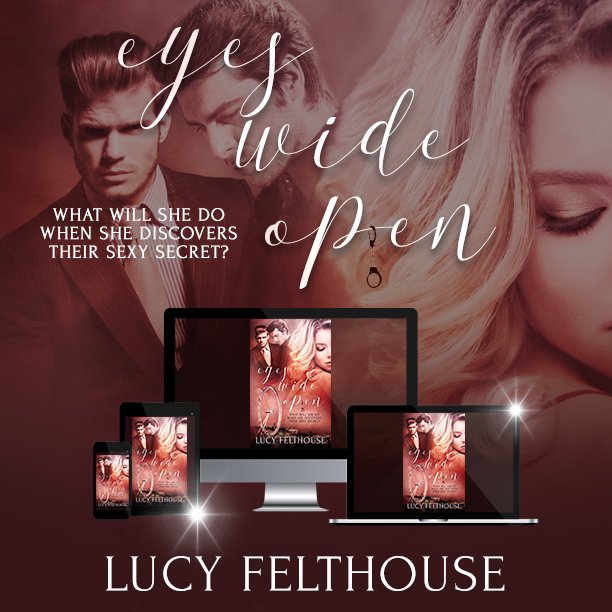 I’m delighted to announce that an old novella of mine, The Other Brother, has now been re-worked and updated, and will be re-launched next month. It’s a steamy M/F romance, and just check out this luscious new cover! 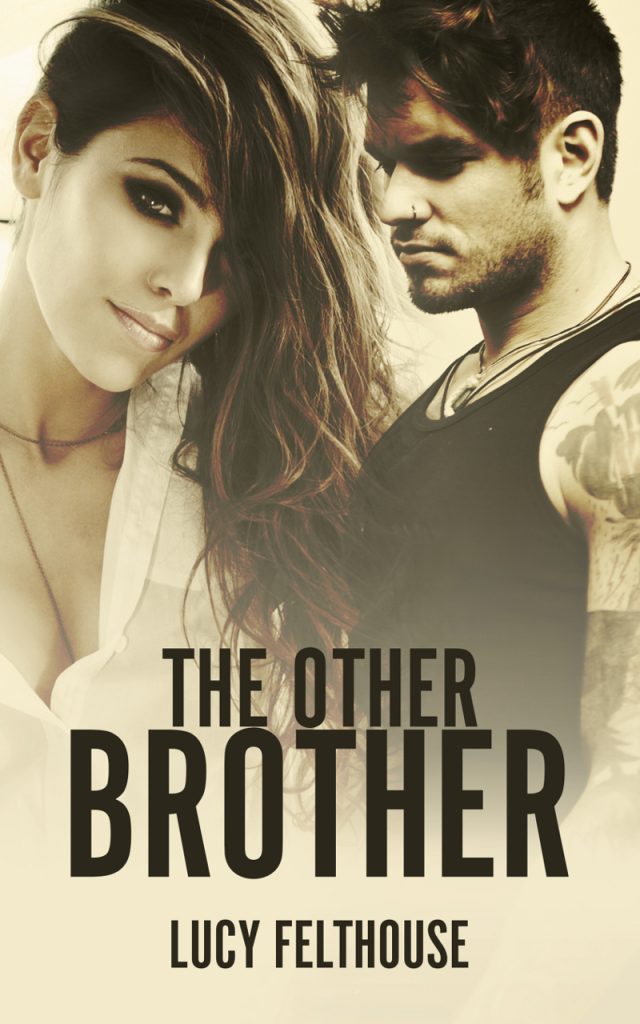 Like the sound of this? Pre-order your copy now (links to be updated as they go live. There will be no Amazon pre-order as I’m currently not allowed. Sigh. Gotta love Amazon): https://lucyfelthouse.co.uk/published-works/the-other-brother/

As promised – here is some more book news! My novella, Lottery Losers, is set to appear in the Love Me Hard boxed set from Romance Collections, which releases on 13th February. Just in time for Valentine’s Day! And even better – you can pre-order now at the bargain price of just 99c. The price will go up some time after release, so to guarantee the sale price, pre-ordering is your best bet.

Here’s a bit more about the set:

Romance Collections is proud to present these fifteen sexy and scintillating stories of passion, lust and desire. With each pulsating chapter, you will be pulled into these stories that will seduce you with every flip of the page.

So, do not hold back.

Do not set your eReader down.

It’s time to curl up and get lost as you read these tales of loving oh so hard.

My story is about a couple who have won the lottery, but their new lifestyle isn’t as amazing as they thought it would be…

I’m delighted to announce another boxed set I’m going to be part of! Moonlight Magic is a collection of sexy paranormal romance stories, including mine, The Accidental Adoption. It releases on 31st October, and is available for pre-order now at a bargain price of just 99c.

Whether it is the witching hour, dawn, day or dusk, you are sure to find a thrill with these supernatural tales of the paranormal. This collection of stories caters to every taste. From steamy to sizzling with witches, werewolves, leprechauns, dragons and even Greek gods, your pulse will pound and your heart will race. Proceed with caution when you read this compilation because what is read, can never be unread, especially not under the magic of moonlight. 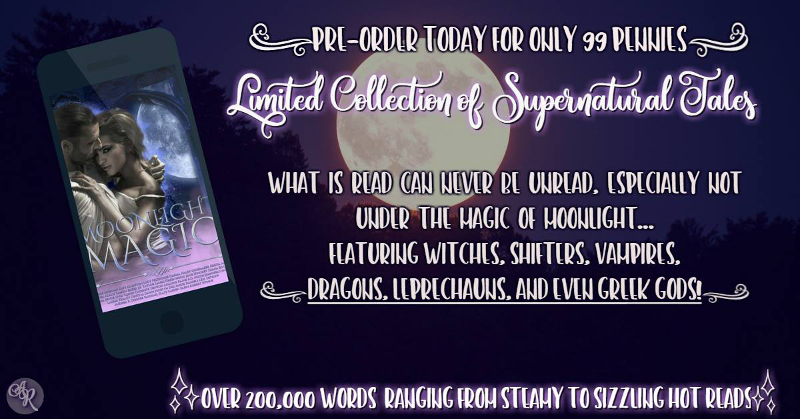 Shipwrecked! When Royce Hastings is found washed up on the shore of a verdant tropical island, he tells the natives he is a merchant headed for Mozambique. The truth, however, is far more mercenary. Noble by birth, the once favored Royce has lost his fortune and family; now he is a hired henchman on the trail of an elusive pirate. His “shipwreck” was a fake. He’ll stop at nothing to infiltrate the island and capture his prey. His mother and sisters’ lives depend on it.

The last thing Royce expects is to be captured himself. But the lovely young woman who tends to his wounds in the tropics quickly takes hold of his heart. Simone is the island’s healer, and her skilled ministrations not only awaken his soul but disturb his conscience. His path has been predetermined; his identity must remain concealed at all costs. Yet the passion he feels in Simone’s sultry, loving arms cannot be denied. With his loyalties torn, Royce must make an agonizing, unthinkable choice. . . .

“The story is brimming with risqué retorts and searing sex scenes.”

Of all the people to discover him, Royce hadn’t expected such a beautiful young woman. Simone the other native had said.

She couldn’t have been older than twenty. Her light brown skin complemented her dark hair. The ends grazed her waist. He detected a bit of European in her exotic features, and island custom in what little she wore. Simply a red silk cloth tied about her hips. Her breasts were full and lush, begging for a man’s touch.

Wary that she might scream, he’d released her quickly and had expected her to run.

She checked his arms, hands, and head. He supposed for injuries.

At last, she finished and peeked at him.

Cautiously, he pushed up, hoping she wouldn’t bolt.

She sat back on her heels.

Needing an ally here, he tried a smile.

Hers was wondrous, broad and carefree, no deception or caution in her soft brown eyes.

His arrival would eventually change that. No better way to destroy a woman’s trust and happiness than wresting her from an island Eden to imprisonment, lifelong slavery, repeated rape, and birthing children only to have them torn away.

Guilt and shame churned in his gut. Fear for his family competed with the other emotions. “Are you the only one here?” Besides, Tristan, his crew, and the other island woman. Their conversation had mentioned Tristan, but not Diana or Peter.

Simone tilted her head. A tress fell across her breast. Confusion swept her lovely face.

Royce had deliberately spoken English so she wouldn’t know he’d heard her speak French earlier when he’d feigned unconsciousness. He next tried Portuguese and received her same bewildered reaction. At last, he used her language.

Her eyes lit up. “My people live here. Once we have you in the stone house, I can see to your injury.” She touched his thigh. “Does it hurt?”

Not as much as when he’d arrived on this shore. “My head is worse.”

She brushed back his hair, her touch as light as an angel’s.

Despite his callous intent here, and what prudence demanded, his lids slid down, his heart pounding as hard as it had when she’d stroked his ribs.

She explored his wound carefully. “I can make a potion to take your pain away. As soon as the men arrive I—”

Tristan led the way, his manner and appearance precisely as rumor had described: tall, golden skin, blond hair, and light eyes that offered naught except challenge and possibly death if anyone dared threatened him or those he loved. Following him was an equally tall man with long red hair, his face and chest freckled. Had to be James Sullivan, Tristan’s friend and former quartermaster during their piracy.

An adolescent boy, fifteen or so, brought up the rear. Gangly, as youth were prone to be, he had long dark hair streaked with blond, his skin brown from days outdoors. Diana’s brother, Peter. His features matched Bishop’s depiction.

The land to their side jutted out, rocky and reddish as those found in Madagascar. A white woman stood there, wind whipping her dark hair and simple sheath-like gown in violet silk. Her slightly rounded belly didn’t prove pregnancy, though Royce would have staked his life on it. She wore a choker about her throat, the diamonds glittering in the light.

Royce’s pulse pounded. Diana was here, as Bishop had predicted. Along with too many armed men, as Royce had feared, though all islanders, not pirates.