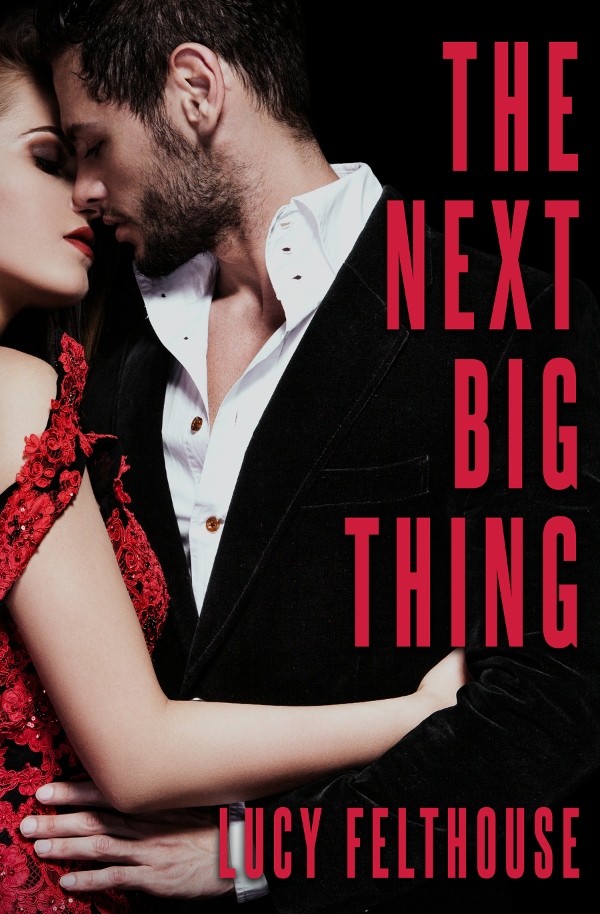 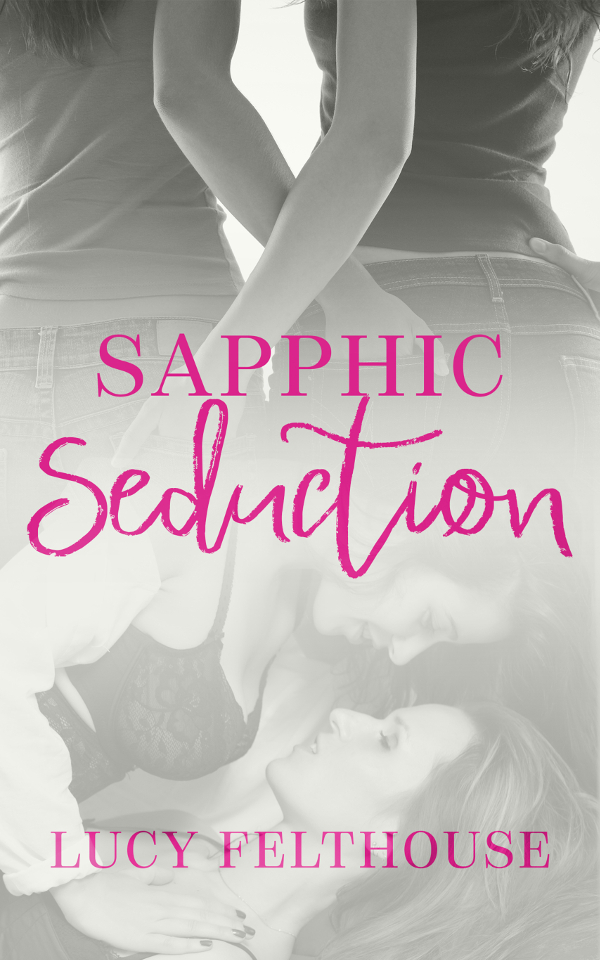 Sound like your kind of thing? Pre-order your copy here: https://lucyfelthouse.co.uk/published-works/sapphic-seduction/ – or keep your eye on this site and my social media/newsletter for the release announcement. 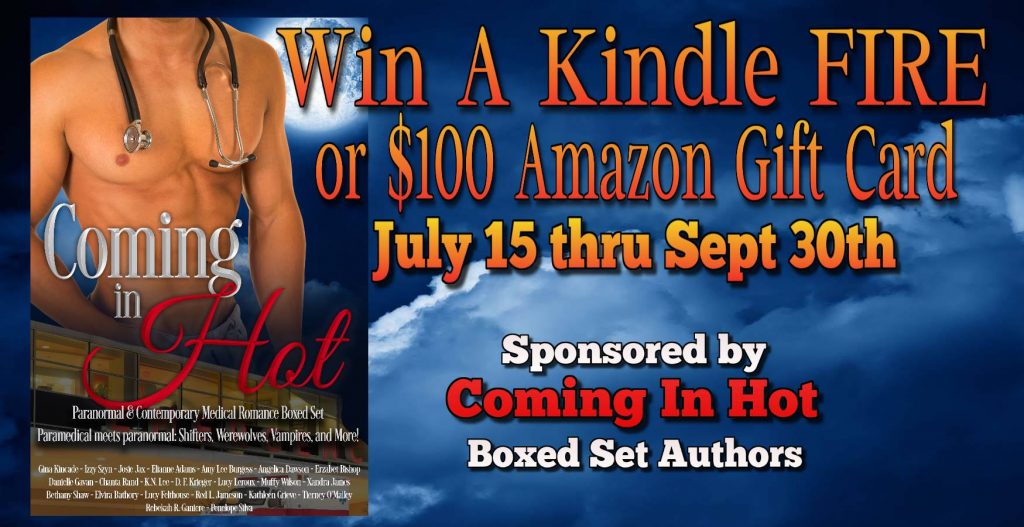 Bit of a double announcement here…

If you follow me on social media, you’ll probably already have picked up bits and pieces about this upcoming boxed set. Coming In Hot will be released on the 19th September, and contains my M/F novella, On Her High Horse. I’m really excited to be part of this project with some utterly amazing authors. I’m pleased to announce the collection is now available for pre-order (and just check out that delicious cover!) for just 99c/99p. So if you want to bag yourself a whopping twenty-two medical romance stories (mine’s about a sexy vet that bears more than a passing resemblance to Chris Hemsworth), then this is the collection for you!

The second, and very much related announcement, is that we’re running a HUGE Rafflecopter giveaway to celebrate the set being on pre-order! You could win a Kindle Fire or a $100 Amazon Gift Card… how awesome is that? Jealous I can’t enter it myself! 🙁 So… if you want to be in with a chance, just scroll down and place your entries via the Rafflecopter.

Yes, the moment you’ve been waiting for! Following the huge popularity of Brit Boys: On Boys, we’re following up with Brit Boys: With Toys!

From coast to coast and city to country Brit boys enjoy playing with each other and their toys. Not any old toys, though; guitars, rope, plugs and Moleskine journals all prove to be enormous fun. Throw in a shop that’s wall to wall with kinky ideas, a journalist on the lookout for the next big thing, and Dominants who insist on obedience and there’s sure to be something to cater for everyone’s taste.

Whether it’s a quickie or a slow indulgence, Brit boys know how to hit the spot and they aim to please every time. So take a ride, fly high, come enjoy these sexy boys and their toys.

Brit Boys: With Toys is an anthology of M/M stories written by British authors, featuring British characters in British locations.

If there’s one thing Liam loves more than a scorching hot lust-on-wheels superbike, it’s the gorgeous sexy guy who owns such a dream machine. When Jackson finds him all but drooling over his tyres and offers him a ride Liam takes no persuading at all. Soon they discover that their mutual fascination with boys’ toys is not limited to the two-wheeled variety, so it’s just as well that Jackson owns his own sex shop and Liam’s job leaves plenty of scope for dressing up.

But real life is much more than just a few kinky games, and has an unfortunate habit of getting in the way.

All Roped Up By M K Elliott

When Alex Fraser interviews Conner ‘Big-Mac’ McCaughey, the champion of London’s bare-knuckle boxing scene, he has more than just the fighter in his sights. Hoping to expose the fight club’s illegal dealings, Alex will stop at nothing to get the story, including doing whatever Conner asks.

The moment Conner sees Alex Fraser, all he can think about is what the young reporter will look like bound. Shibari—the ancient art of rope bondage—is the fighter’s passion, and he can’t think of anyone else he’d like to practise on more.

Hospital porter Aaron Miller isn’t expecting a very exciting birthday. He and his doctor boyfriend, Blake Colville, are working opposite shifts, leaving Aaron to go home to an empty house and the prospect of another shift the following day. Just as he’s leaving work, however, an unexpected sexy encounter in a supply cupboard leaves him feeling in a much more celebratory mood. And an impending dirty weekend away with Blake just puts the icing on the non-existent cake. But who needs cake when you’re dating a dominant doctor?

Alpha Nerd, Will Charles teams up with Caridoc ‘Doc’ Jones in a coast to coast walk across England reviewing outdoor gift suggestions for the Christmas edition of Toys for Boys—an online magazine dedicated to the latest gadgets to tickle a man’s fancy. Will is recording their adventures with the latest smart phone technology. Doc is reviewing the latest outdoor gear. The two quickly discover the great outdoors provides even better toys for boys, toys best shared al fresco, toys that, in spite of Will’s great camera work, will never be reviewed in Toys for Boys.

Rhodri’s looking for love, but not ordinary love. He needs a man who’ll bend to his will, submit to his desires and obey his every command–including chastity.

So when Gay Hook Ups finds his perfect partner it’s well worth a trip to London. What he doesn’t bet on is his fragile-looking match being a sharp and successful entrepreneur. So when things between them soar, will he unlock the passion, free his desire and will they reach the dizzying heights of ecstasy together? It all depends on whether Darius is prepared to be caged in order to be set free.

Ken finds Mike reading poetry in a bar. Mike is confident and clever and seems capable of teaching Ken everything he needs to know about poetry. And, when Ken asks for his guidance, Mike gladly offers to share his expertise. Consequently, when Mike offers to share more than his expertise in poetry, Ken discovers there are a lot more things he wants to learn from him.

I Get You By Sarah Masters

Morton is Warren’s boss, and they fancy each other like crazy. Except neither of them has the courage to say so, until Warren blurts out an inkling of his feelings. Morton is stunned by Warren’s offer for them to go away together, but not half as stunned as Warren when Morton accepts. Both of them are pretending to be someone they’re not. And both of them soon realise that being yourself is the best bet.

The Guitar By Tabitha Rayne

When shy, awkward Kel plays guitar, it’s the only time he feels at home in his own skin. On stage he can hide in plain sight behind his band and the music. It turns him on to play and he can’t help rubbing up against his guitar. Kel is enraptured by a guy he sees every night in the audience and is shocked when this gorgeous guy seems to notice him. So full of his own self-loathing, Kel just can’t accept that someone as perfect as Damien wants to be with him. Will his insecurities put their happiness in jeopardy?

**The set will release on the 22nd December, and there’s a special pre-order price of just 99c/99p – so be sure and pre-order now, as the price will increase after release: http://mybook.to/britboyswithtoys** 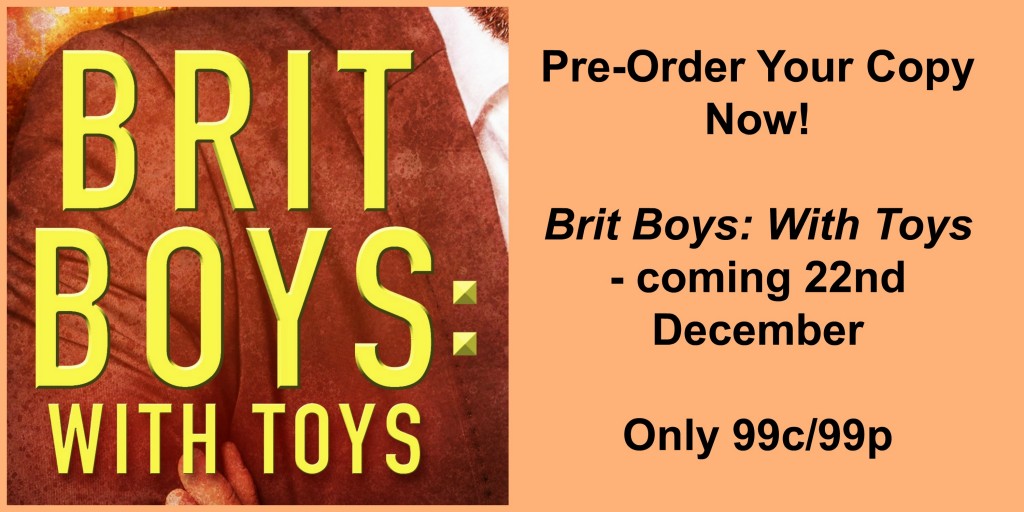 And be sure and pop back soon, as the cover will be revealed on the 15th December. It is lush!