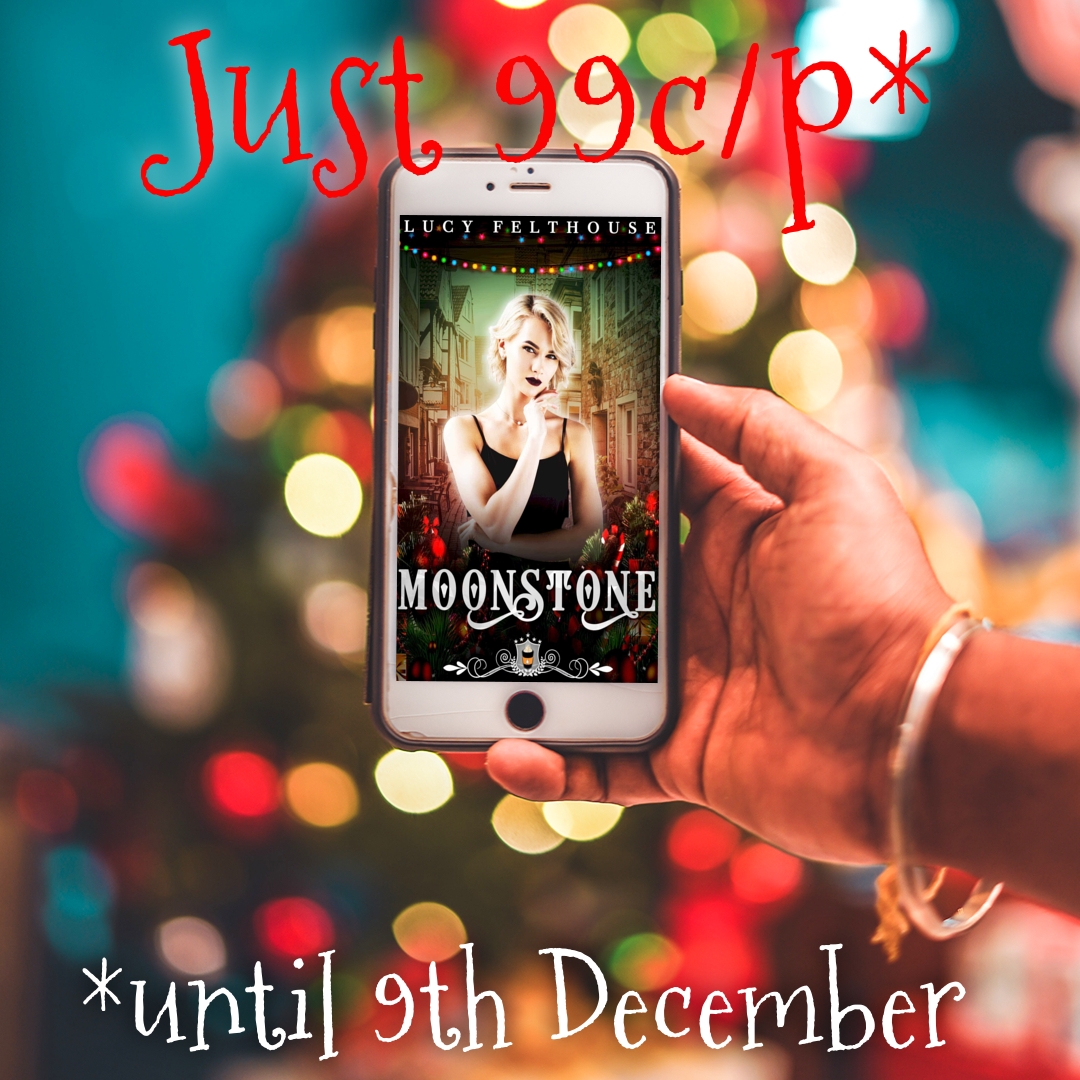 I know we’ve just come out of the Black Friday/Cyber Monday sales (for once, my credit card actually got a battering – but mostly because I was waiting to buy stuff in the hope it’d be reduced, rather than buying stuff I didn’t want/need), but I have some amazing bookish bargains for you.

If you’re now looking to get in the Christmas mood, then you’ll be delighted to know the eBook of my Christmas-themed steamy reverse harem romance, Moonstone, is reduced to just 99c/p until 9th December at all the usual retailers! This should also mean Audible users will be able to Whispersync and get the amazing audiobook at a bargain price, too.

So, what are you waiting for? Get clicking and add these books to your eReaders today! 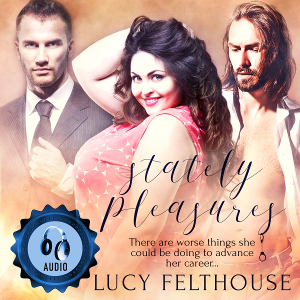 Mid Week Tease: She frowned. A caller looking for her? #erorom #romance #steamy 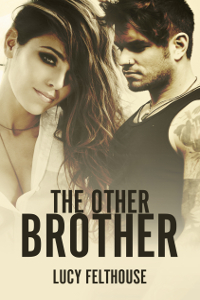 A moment ago she’d been craving a familiar face, and now there was one outside, waiting to get in. She should let him come up—it wasn’t his fault his brother had died, after all. He’d been as devastated as her.

Mid Week Tease: …there’s no such thing as too much eye candy. #erorom #romance #steamy

She laughed, and Alice nodded because it was what was expected. But really, she didn’t know, and she now knew more about pregnancy and motherhood than she cared to. Ugh. She was a career girl through and through, and babies weren’t on her agenda for the foreseeable future, maybe never. If a maternal streak suddenly appeared, perhaps she’d reconsider. But at thirty, she doubted it would now. Not to mention the fact that she was missing a vital ingredient required for baby-making in the first place—a man.

As if by magic, a man appeared. Jeremy stepped from the gloomy hallway to their left and smiled at them. “Hello, ladies. Glad to see you here, Alice. I’m looking forward to working with you. I’m sure you’re going to be a valuable asset, more than capable of running the place when Erin here embraces motherhood.”

“Th-thank you, Mr Davenport. I can’t wait to get stuck in. I’m going to be like a sponge for the next couple of weeks, soaking up all the information Erin gives me.”

As soon as the words were out of her mouth, Alice’s face grew hot. What a stupid thing to say; she sounded like a child! It was just as well she’d signed the contract they’d biked over to her the previous week—at least they couldn’t sack her for saying something daft. Why on earth did the man have such an effect on her? His proximity meant she could smell his no doubt very expensive aftershave, and fuck, was it intoxicating. It certainly didn’t help her state of mind.

The second time Alice arrived at Davenport Manor, she wasn’t nervous. She was stunned, almost into numbness. After the absolute shocker of an interview where she’d come across as a bumbling buffoon, she’d been convinced she was out of the running for the role. After all, who would employ someone to do such a pressurised, important job if they couldn’t handle a simple interview?

And yet, they’d taken her on. She was so surprised she’d actually thought she was asleep and dreaming the whole thing when she received the phone call. But after a pinch hard enough to make her yelp and leave a bruise, she came to her senses. And rejoiced. She’d done it. Alice was temporary property manager of Davenport Manor. She’d be working alongside Erin for a couple of weeks, but then the place was hers. Sort of. As far as she was concerned, baby Clarke couldn’t arrive soon enough.

Alice walked through the front entrance, beaming as she realised it would be the last time she did that. After today, she’d arrive earlier—today she’d been required to turn up at ten, as the doors opened to the public, giving Erin time to brief the staff beforehand—and use the side door that all the other staff members and volunteers did.

Thankfully, Erin was waiting inside the entrance hall for her. She’d doubted she’d be able to find Davenport’s office again, but she didn’t want to come across as stupid by having to ask, so Erin’s presence was a lifesaver.

The older woman smiled as she caught sight of her, and waddled forward with her hand stuck out. “Hi, Alice.” They shook hands, then parted.

“Morning, Erin. How you doing?” She nodded at the other woman’s belly.

“Oh, you know,” Erin replied, spreading her hands across the stretched expanse of skin and stroking it through her loose dress, “Okay. Not brilliant. Ready to have him or her out, so I can feel like myself again. But then I guess that won’t happen for a while either, because I’ll be suffering sleepless nights, sore and leaky nipples… you know the drill.”