25% Rebate on @evernightpub Titles at @allromance

Just a quick note to let you know there are a couple more days left to get a 25% rebate on Evernight Publishing titles at All Romance eBooks. This includes: 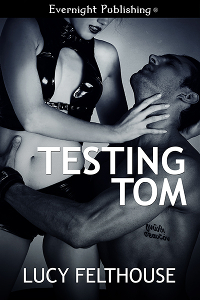 I just spotted that All Romance eBooks is offering 25% off all Evernight Publishing titles until 5th April. And you know how much I like a bargain, so I just had to share!

You can bag the following Evernight anthologies containing my stories:

Instead of replying, Dale pulled Lee more tightly to him and kissed him. It was closed-mouth for barely a second, then both men parted their lips, eager for more. Lee put his arms around Dale’s neck, holding them both steady as their tongues battled, danced, explored. The younger man was blissed-out and overwhelmed all at once. Sensations battered him—arousal, ecstasy, a frisson of danger as Lee’s stubble brushed against his skin, reminding him that their union would not be all sweetness and light. It would be new, different, exciting and no doubt challenging.

He couldn’t wait to get started. He poured everything he felt into the kiss, hoping to say to Lee with his lips and tongue everything he couldn’t voice. He was on a natural high, he felt good, so damn good. Every nerve ending was alight, every millimeter of skin aching for more, his cock pressing so hard, so insistently against the inside of his boxers and trousers that he thought it might figure out how to undo the zip by itself.

Lee’s cock was much the same, an iron bar of need pressed against his groin, making him want to drop to his knees and take it in his mouth, worship it, love it. But that would come in time, he knew it would. It had to.

In His Name by Nicola Cameron

Garden of Eden by Lucy Felthouse

This Stage of Life by Giselle Renarde

Campaigning for the Billionaire by Noelle Keaton

Date with a Stranger by Pelaam

And here’s a snippet from my story:

As Dale approached the club, with its two burly and slightly threatening-looking doormen, he almost turned and walked away. It was just too much, too extreme. Somehow, though, he forced himself to put one foot in front of the other and continue right to the door, then, with a nervous smile at the bouncers, headed inside. He paid his cover charge and declined the offer to put his jacket in the cloakroom. There was every chance he was going to chicken out at some point this evening, so he didn’t want to run off, only to realize he’d left his coat behind. Especially since said coat contained his car and house keys, his phone, his wallet…

Plus it helped him hide a little. It covered him from neck—chin if he pulled up the collar—to ankle, secreting his black jeans, black t-shirt and the skinny body beneath them. All anyone could really see was his shock of black hair, his piercing green eyes ringed with eyeliner, fine bone structure and, right down there, his black platform shoes. Dale was a Goth, and proud of it. He got it, understood it, therefore he could deal with it.

It was a double whammy, really, the fact that he, a twenty-one year old virgin, wanted not only to be dominated, but to be dominated—and fucked—by a man. He’d taken some time to come to his conclusions, hence the fact he was twenty-one and still had his cherry. He’d never been one for hasty decisions.

And now he was here, at Garden of Eden, to do something about his desires. Of course, he could have gone on the Internet, filled in a profile, listed his wants, his preferences, his experience—well, lack of it—but he hadn’t wanted to do that. So many people online were not truthful. They hid behind their screens, their keyboards, pretending to be something they weren’t. Dale wanted something real, something honest, and he believed the way to get that was to meet people, people with his desires, face-to-face. That way he could assess their body language, their words. Lying is so much more difficult in the flesh.

He wanted transparency, something real and true. And he really hoped he would get it in this place. Even if he didn’t, though, he was confident he’d get an education.

He headed through the busy club, squeezing past people dancing, talking, or in much more intimate positions. No one here was too full on—there was lots of kissing, some groping, and a man being led around on a lead, but it was all pretty mild. The research he’d done online had told him that the more hardcore action took place in rooms off to the sides of clubs. All clubs were different, naturally, but many had rooms with varying equipment in each, catering to the specific needs of the patrons. He figured it would take some time to figure out his own specific needs, but perhaps if he managed to find a Master, he would help Dale to work all that out. He hoped so, anyway.

Eventually he reached the bar, where a shaven-headed guy in obscenely tight trousers and a tucked-in, unbuttoned shirt that flashed his entire chest, was shaking up a cocktail. He gave a short nod to Dale to acknowledge he’d seen him, then moved back over to the customer he’d been taking care of and served them their drink. He popped a straw into the glass, then took the customer’s money with a broad grin. As soon as he’d given the cocktail purchaser their change, the barman headed straight over to Dale.

“Hey, sweet cheeks, welcome to Garden of Eden. What can I get you, first timer?” 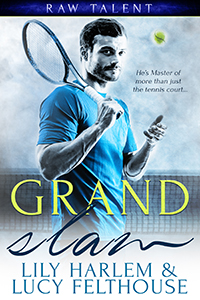